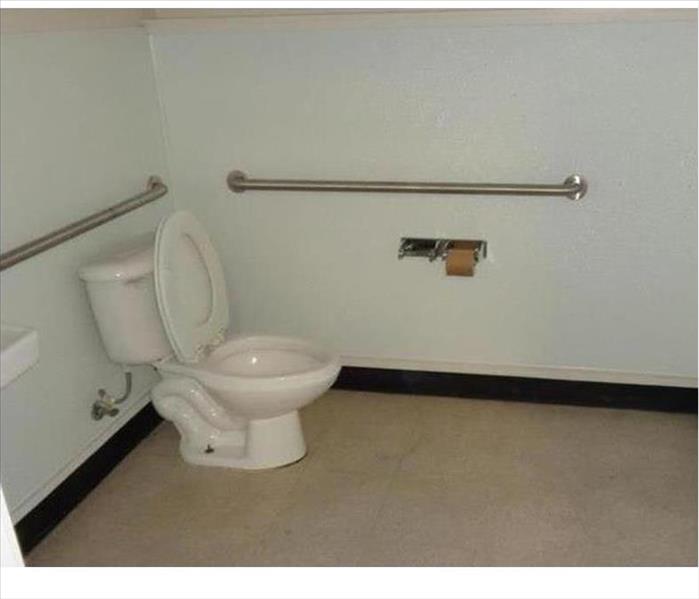 The restroom in this commercial establishment in Laconia was vandalized by someone who lit a fire in the waste bucket that contained different items. The smokey residue, known as soot, stuck to the floor, and other surfaces as shown in the Before Photo. SERVPRO, being a preferred vendor of the management company that took care of this building, responded quickly; We're Faster To Any Size Disaster. The goal was to eliminate the odors drifting onto the sales floor and reopen the restroom as swiftly as possible. Several crew members vacuumed and used detergents that had been pre-tested for efficacy and non-staining, to remove the blackened films and coatings. The After Photo shows a clean restroom, but you would have to visit the place to realize how swiftly our team also eliminated the odors. Count on us, every time!

View More Before & After Photos